WHEN the football World Cup begins on June 12th in Brazil, tens of millions of Brazilians will watch the festivities on TV Globo, the country’s largest broadcast network. But for Globo it will be just another day of vast audiences. No fewer than 91m people, just under half the population, tune in to it each day: the sort of audience that, in the United States, is to be had only once a year, and only for the one network that has won the rights that year to broadcast American football’s Super Bowl championship game. 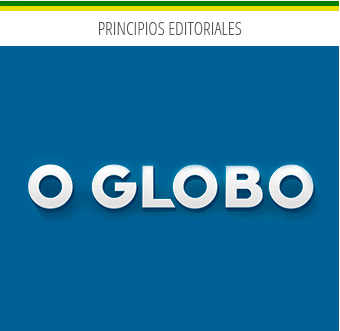 Globo is surely Brazil’s most powerful company, given its reach into so many homes. Its nearest competitor in free-to-air television, Record, has an audience share of only about 13%. America’s most popular broadcast network, CBS, has a mere 12% share of audience during prime time, and its main competitors have around 8%.

Rio de Janeiro with a newspaper, O Globo, in 1925, and was built by a visionary and long-lived media titan, Roberto Marinho, who died in 2003 at the age of 98. As it grew in the television age, Globo has arguably done as much as any politician to unite a vast and diverse country, from the Amazonian jungle to the heart of coffee-growing country, from wretched favelas on the urban periphery to the fancy boutiques of downtown Rio and São Paulo. Today it is controlled by Mr Marinho’s three sons and towers over Brazil like Rio’s Christ the Redeemer statue. It is the largest media company in Latin America, with revenues that reached 14.6 billion reais ($6.3 billion) in 2013, having climbed impressively over the past decade. As a powerful, family-owned media firm, it looks like a local version of Rupert Murdoch’s News Corporation, without the family drama.

Globo counts pay-TV stations, magazines, radio, film production and newspapers as part of its empire, but most of its profits come from its broadcast network, which airs salacious telenovelas, or soap operas, that are always the talk of Brazil. In richer countries the habit of “appointment viewing” has declined with the spread of digital video recorders, but Brazilians still tune in devoutly for the three telenovelas that run each evening, six days a week.

Globo airs Brazil’s snazziest and freshest shows, yet its business model feels decidedly old-fashioned. Its programmes are filmed on its own vast studio lot, called Projac, nestled among forested mountains on the edge of Rio. Actors and writers are on contract, just as they were in the early days of Hollywood. Workers stitch lavish costumes and build intricate sets on site, like those of “Meu Pedacinho de Chão” (“My Little Patch of Land”), one of the current soaps, a fantastical tale about a small town seen through a child’s eyes (pictured). The telenovela format can be adapted to audience feedback, and plots can be changed on the fly depending on what viewers like.

Globo executives obsess over the real-time audience figures streamed to their offices. “If ratings decline a tenth of a percent, you feel this building shake,” one of them says. For advertisers wanting to get a message to a national audience, it is the obvious choice. Globo knows this, and is estimated to have raised its rates for prime-time spots by nearly 60% since 2010.

Not everyone is comfortable with Globo’s good fortune. Critics are unsettled by the firm’s share of advertising and audience. It controls everything from Brazilians’ access to news to the market rates for journalists’ salaries. Even entertainment shows can be remarkably influential. “Salve Jorge”, a recent soap set in Turkey, prompted hordes of Brazilians to take holidays there. Its programmes also shape the national culture. This year it aired what it believes was the first gay kiss on a broadcast network.

Elsewhere in Latin America big media companies are in the midst of real-life dramas. Argentina’s Grupo Clarín is being carved up by the government, and Mexico is trying to make Televisa slim down. But Brazil’s government is more docile towards media owners. It helps that the Marinhos tend to adapt to the political climate. Mr Marinho was a staunch supporter of the country’s 1964-85 military dictatorship; today his sons live in a more liberal, democratic Brazil and stay out of the public eye. Last year they ran an apology for their father’s politics in the “errors” section of O Globo.

Brazil does not have a tradition of sequels and prequels, and popular telenovelas are always killed off after a few months to make way for new ones (“Meu Pedacinho” is a rare remake). Likewise, for two decades people have predicted that Globo’s heady success would come to an end as Brazilians look for entertainment elsewhere. So far it has defied them. Sir Martin Sorrell, the boss of WPP, an advertising firm, points out that, as in Japan, traditional media in Brazil are “like a fortress” and continue to hold strong in spite of the incursions of new entertainment sources.

Because Brazil has lagged media trends in rich countries, Globo has been able to watch foreign firms’ mistakes “so we don’t have to make them”, says Roberto Irineu Marinho, the group’s boss. But internet use has taken off in Brazil, and will alter consumers’ viewing habits over time. Today Brazil has more mobile phones than it has people, and penetration of pay-television has slowly crept up to around 28% of households. In April Brazilians spent around 12.5 hours a week on online social networks from their desktop computers, more than double the global average, according to comScore, a research firm. For the first time in Globo’s history it is facing serious competition for advertisers and audience. Increasingly, Brazil’s advertising market will be a contest between the two Gs: Globo and Google.

Globo is still the biggest fish in a big pond, and can keep a hold on Brazilians’ attention, even as they migrate to new platforms. For example, as more households can afford pay-TV packages, Globo may lose viewers from its free-to-air network, but should gain when they tune in to the group’s paid-for channels. It is experimenting with new online offerings, such as letting people subscribe for a monthly fee to view its content online with a time delay.

“We don’t want to jeopardise our advertising revenues by changing people’s habits, but we have to be ready,” says Jorge Nóbrega, a senior Globo executive. Netflix, an American online-video firm, has entered Brazil, but Globo-boosters argue that Brazilians prefertelenovelas to foreign fare. In television, as in football, they are likely to keep rooting for the home team.