Welcome to my second monthly look at key numbers in media & technology from the last month. This month the numbers range from 15 to one billion – with a strong bias towards the world of content.
1 million

The New York Times’ paywall seems to be working, and they’ve reported 1 million paying digital subscribers for the first time. They’ve done this through a policy of letting people see a set number of stories per month before subscribing, so boosting trial, and enforcing the maximum number strictly, and of course producing great journalism like their news-making expose of working conditions at Amazon, based on over 100 interviews, but generated lots of traffic and conversation
15

Snapchat’s Discover platform, where users can see daily news content from professional publishers is one of the hits of the year. No figures are out to show this officially, but we’re assuming its successful because it’s just gone from 12 media partners to 15, by adding Tastemade, IGN and Mashable. All of the publishers’ content can contain ads, and the revenue is split between the publishers and Snapchat.
75

BuzzFeed is changing quickly. It’s already moved from the ‘listicles’ that it was originally famous for to more serious journalism, with hires like Janine Gibson from The Guardian, and it’s been reported that its new video studio is making up to 75 short video clips a week. BuzzFeed is extending the same principles it mastered with text – make quickly and cheaply – and many of its clips – like Americans Try Extremely British Snacks are now getting over a million views each.
6 million

The marketers for the film Straight Outta Compton created an app that lets you create pictures putting the typography of the NWA’s famous first album over your own snaps, and 6 million were shared in the two weeks up to the release of the film. This shows how easy it can be for something to gain traction, if the right elements are in place, including capturing the imagination with a well-loved meme, and making it as easy as possible to use.
$7m

In August the three former presenters of the BBC’s Top Gear show moved to Amazon to make a new show, for a reported cost per episode of $7m. Familiar faces have huge power in the new global content world, as they can be almost guaranteed to bring an audience, and of course it helped that Amazon really needs content to challenge Netflix’s streaming dominance in the UK and globally
90%

In late August Flurry reported that 90% of time American smartphone users spend on their devices is spent in apps (and games). The browser only gets 10%, although collectively Chrome and Safari account for another 10%. App time is going up – it was ‘only’ 86% in 2014 – but it also gives some perspective to the recent stories about Apple allowing ad blockers in the next release of Safari; it’s only the minority of browser time that they’ll allow ads to be blocked in, not the much larger app time.
1 billion

Mark Zuckerberg revealed in a blog post that over a billion people used Facebook on one day, on 24th August 2014. It’s not known why it was this day in particular, but with nearly 1.5 billion active users, it was presumably going to happen at some time or other, and given that Facebook users need to b3 13 or over, it represents about one in seven of the world’s population, all using the same service. 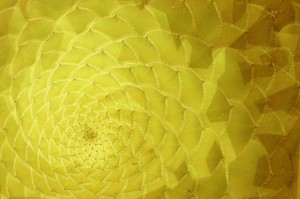