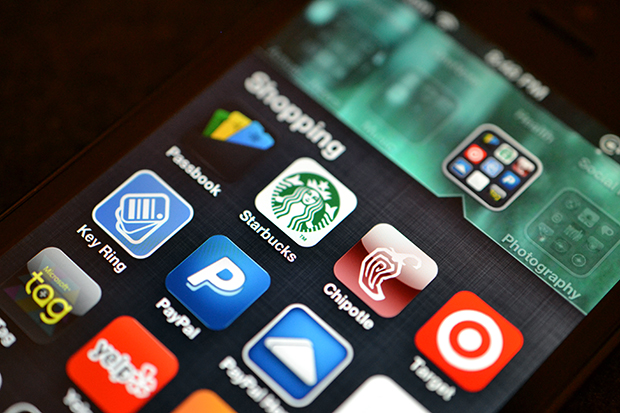 Speaking at news:rewired in London this morning Marta Cooper, deputy growth editor for Quartz, opened a panel discussion on what audiences now expect from mobile news publishers by citing some quotes from Emily Bell’s keynote at the previous conference, specifically «if you’re not in the top 4 or 5 apps on someone’s phone, you’re not going to be used heavily» and, scarily, «if you don’t have mobile alerts, you’re basically not in the mobile news game.»

But even beyond that high level of competition, there are many considerations to take into account when publishing news to mobile devices.

For Inga Thordar, editorial and programming director fo CNN Digital International, one of those considerations avoiding the «echo chamber» nature of personalised news feeds that have become common on social media:

Essentially, a danger of the drive to emulate the social apps that are popular on mobile devices is that it leads to confirmation bias on the part of the audience, a lack of any opposing viewpoint which is vital to an impartial news publisher. Thordar argues that some other publishing trends prove that careful curation and editorial judgement is valuable and will be rewarded:

«I think that many of the successes – on Snapchat, on the reemergence of newsletters – these are very curated content, these are not personalisation.»

And at CNN that focus on mobile curation is becoming ever-more important as their audience habits become more heavily weighted towards mobile consumption:

«For us the mobile market ins growing. On CNN Internatuonal digitally over 50% of our audience is now coming to us via mobile. That increases quite dramatically with breaking news.»

Speaking of how CNN chose to cover the recent terror incident in Paris, Thordar said:

«We saw twice the normal amount of mobile use for our product. I think it was down to… the time of day it happened and we were quite active in putting the news out to people with our push alerts.»

And push alerts are themselves a major consideration for the mobile-conscious news publisher. They’re designed to aid discoverability as much as keeping an audience informed; while the conversation has moved on from whether audiences would find constant alerts ‘annoying’ has moved on over the past few years, it’s started a new debate about what the role of the push notification actually is.

Subhajit Banerjee is mobile editor for The Guardian. He argues that the notification – the little bite-sized chunk of information displayed on your phone’s lock screen – is increasingly the lens through which audiences discover a publishers’ news:

«The lock screen is increaisngly looking like an inbox for younger people. So notifications is something that I think has huge potential to become quite big and impactful in the coming… years as well.
He cited Facebook Notify, the new app with which Facebook is staking a claim on the medium of the notification, as an example of clever thinking with regards to how audiences consume news on mobile:

«It’s quite a different thing. They’ve taken notifications way beyond breaking news. Their argument is that ‘if this is becoming the inbox you are increasingly making sense of the world through that screen’. They want to take control of that screen.»

Brienne O’Brien, mobile editor for BuzzFeed News, also believes that examining how audiences consume news content on mobile devices can provide a roadmap for how publishers then display that content on mobile devices. The interruptive nature of the mobile device, generally used on the go (though by no means exclusively) means that your audience might only have a few seconds to both discover and then read a publisher’s output:

«More than 70% of BuzzFeed’s audience is actually mobile. What we’re trying to deliver is context and that feeling of being informed. We want you to stumble on something that you wouldn’t have come across before.

«It’s not possible for us to mimic our breaking news posts that exist on the web. We keep in mind that our users might only have 30 seconds to look at the app so our goal is to provide a [news service] that’s digestible on the go.

«Our app is curated with the idea that not every user is going to click on every story.»

But even beyond those changing audience habits, there are a number of problems that need to be overcome before publishers’ mobile output truly meets the needs of an audience. Michael Kowalsku, the founder of Contentment, argues that many of those problems are artifacts of the web’s history and storied association with desktop:

«The web was never meant for mobile. Everything we’ve done to support mobile on the web has been bolted onto something bolted on top of something else. From a user experience point of view there’s… very poor affordances, and almost no discovery.

«Working in mobile gives us the opportunity to go back and focus on building new products that are focused on the user. There are a lot of techniques we can use – must use actually – to improve performance, because a user is not going to hang around more than three seconds to load a page.»

But as the stats shared by the speakers and the revelations from the latest NRS PADD and Ofcom studies demonstrate, an increasing proportion of digital publishers’ audiences will come from mobile devices.
But, with all the obstacles in the path to delivering a mobile news product that generates significant revenue, it will be those publishers who truly focus on audience needs and user experience, innovating like the publishers cited above, who will succeed. A successful strategy is easy to describe but difficult to achieve, but ultimately boils down to ‘if you build it well, they will come’.